Like so many others in the service sector of the foodservice industry, Dan Dibeler was born into the business. Until about 10 years ago, though, he never planned on joining the company — certainly not becoming president. That’s probably why he’s been so successful at the helm of K&D Factory Service and its wholly owned subsidiary, Pine Tree Food Equipment. 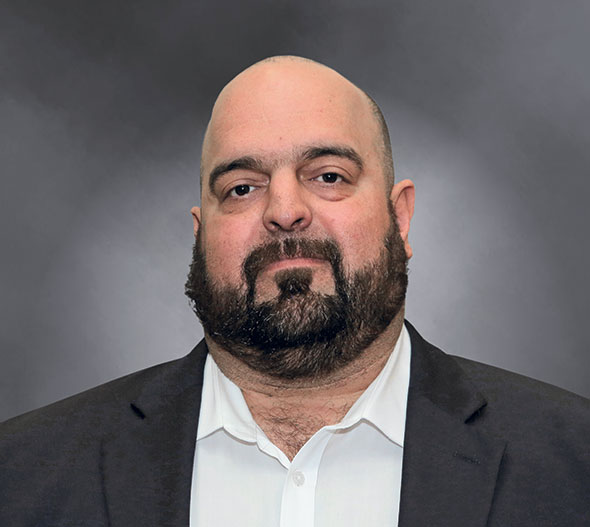 Dibeler’s great uncle, Spark Dixon, co-founded K&D in 1945. When Dixon was ready to retire, he sold the firm to Dibeler’s great uncle, who worked as a tech, and Dibeler’s mother, who managed the office. Though the company provided his family with a comfortable lifestyle, Dibeler never thought he’d join the family business. The plan was always to go to college and start his own career. That’s exactly what he did. After earning a degree in economics in 2001, he joined the financial sector, working as a stock broker/portfolio manager.

It was a career he likely would have stuck with, if not for the vagaries of chance. Around 2007 or 2008, Dibeler’s mother and uncle both decided they wanted to sell the company and retire. They called Dibeler to see if he was interested in buying them out. He didn’t jump at the chance, but he didn’t turn it down either.

“I never thought of it as the path, but it had always been in my head as something I could do,” Dibeler says.

On top of this, at the time Dibeler’s mother and great uncle were looking to sell, the recession meant K&D wasn’t drawing any serious buyers. Ultimately, Dibeler decided to pull the trigger.

“I looked at this as being able to come in and run something the way I wanted to run it,” Dibeler says. “I saw lots of opportunities. Nothing had been upgraded at the company since the mid-90s. They had a lot of business, but they hadn’t upgraded or made anything more efficient in 15 to 20 years, so I knew there was a lot of potential.”

In 2009, Dibeler left his finance job to join K&D. After working in various departments to get to know the company culture, he acquired the business and took over as president.

Thanks to his banking background, Dibeler was able to analyze the business in a way someone who worked in it his whole life might not have. “I came in almost with a consultant’s perspective, with an outside eye focused on straight economics and finance,” he says.

This led to Dibeler tackling some of the biggest issues facing his company and the service agency sector as a whole, including parts stocking and warranty work.

By Dibeler’s accounting, many service agencies built their business models — decades ago — around parts sales, which at the time were very lucrative. Warranty work was performed at a discount that often resulted in a loss for the agency, but that was accepted as part of the deal for getting to sell parts at a high margin.

With the rise of online distributors, parts no longer serve as major profit centers for service agencies. In fact, manufacturers’ stocking requirements can make parts a major drain on resources for service agents. Warranty work, meanwhile, is still performed at discount.

Dibeler has pushed factories to increase the rate they will pay for labor when it comes to warranty work, and succeeded across the board, he says. While his approach may have ruffled some feathers along the way, he’s able to produce numbers to justify his requests.

“I would say [my relationship with manufacturers] is pretty good,” Dibeler says. “I think they know what to expect from me, and they know when they’re going to get called out by me. The thing is, I don’t ever do claims without data. If I’m telling them something, I have the data to support what I’m saying. It makes it hard to argue against.”

Not all of the changes Dibeler has made have involved such hot-button issues. He’s also implemented changes within his own firm that have greatly improved productivity. These include incentive programs for everyone from techs to branch managers to senior leadership, as well as an increase in technician pay on emergency calls (he pays double time for that), which encourages quick responses from technicians while maintaining the healthy margins these jobs offer.

Another big change has been to the way K&D dispatches calls. To offer field techs more freedom, the agency dispatches by the day. Techs then plan their own call schedule, with just a few instructions on the sites they need to visit by a specific time.

This approach, though, led to a line of techs waiting for their dispatch sheets every morning. The last techs to get their assignments often would wait in the office for an hour and a half. While they were being paid during the time, they were not generating any revenue.

Now, each morning, technicians receive their calls for the day, plus their first one or two calls for the next day. Thanks to that simple change, says Dibeler, the techs are coming in staggered throughout the morning, after completing their first fixes. When they do come in, they simply grab their parts bin for the day’s calls and get their calls list, all in an average of 15 minutes. This simple shift has drastically improved productivity.

“By tracking [tech time in office], we essentially added 14 people worth of manpower without adding a single person,” says Dibeler.

In addition, the company also opened a new branch, located in Altoona, Pa. This market, Dibeler says, is unusual in that it was something of an orphan. Before the branch opening, Altoona was on the outskirts of territories covered by a couple of different service agencies, including K&D. The drive meant that neither company wanted to respond to warranty calls there, he says.

“After seeing a lot of that, I realized I could just plant my flag there and have it,” Dibeler says. “That’s what we did. There are a few markets in similar situations. If nobody really wants it, why don’t I just grab it?”

All told, these and other moves produced a windfall for K&D. Between 2009 and 2018, the firm took its net margin from 4.5 percent to about 17 percent, all while posting 23 percent revenue growth. With these funds, Dibeler has expanded the business through acquisition, purchasing Pine Tree in May 2019. With that purchase, he acquired a respected firm with a strong brand in its home base of Maine. The deal, he adds, also helped maintain the legacy of Gary Potvin, Pine Tree’s founder and a personal friend.

Looking ahead, Dibeler sees more consolidation coming to the foodservice sector. If a business is well run, there’s too much upside for private equity to ignore, he says. At the same time, K&D’s acquisition of Pine Tree and other intra-sector mergers have led other companies in the service agency world to see the value of such combinations, he says.

Dibeler also predicts that service agencies will expand the type of work they perform in line with the rise of automation in restaurants. Service agencies, he believes, will repair burger-flipping robots, production-line conveyor belts and even touch-screen ordering kiosks.

“We already fix the automated drive-thru windows,” Dibeler says. “When this automation comes into the back of the house of the restaurant, I think it would be a natural progression for us to be the boots on the ground, to start repairing those more technical things.”

While Dibeler has plenty to fill his time in the office, he leads a full life outside K&D as well. He and his wife, Courtney, have 2 sons: Zachary, 11, and Matthew, 7. Together, they enjoy traveling and outdoor activities, especially snowboarding.

How he approaches change: “I hate change. HATE IT. But, if I have to make changes or deal with changes, I want to be at the helm. I need to anticipate new trends and make appropriate changes on my own terms instead of waiting to be told to change or forced to change.”

Influential life experience: When his wife, Courtney, came into the company, something he was initially against. However, he says, it has been the best thing to help him professionally as she is his base and keeps him grounded.

Career mission: To make a significant positive and lasting impact and legacy in the food equipment service industry

Check Out Our Latest PTFE Commercials!